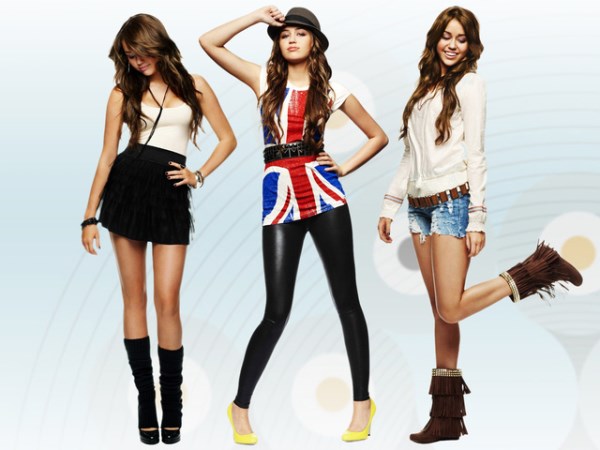 While your teen boy probably doesn’t stay up late chatting with his friends about what he’s going to wear tomorrow or spend hours planning his outfits, that doesn’t mean he isn’t concerned with looking nice. In recent years there have been increasing trendy clothing options available for men, and changing world attitudes means it’s becoming more and more common place to see fashionable guys who have obviously put some thought into their appearance.

Teen boys especially are likely to be concerned with how they look, because the insecurities and awkwardness that often accompany middle and high school mean that he’s extra sensitive to how others perceive him. Here are a few tips to help your young man in the making strike that perfect chord between chic and trendy clothing.

[1.] Look to fit first. Try to convince your teenage boy that the girls in his class want to see the way he’s shaped, not guess about proportions under ridiculously baggy clothes. Assure him that clothes that don’t fit only make him look homeless and sloppy – not something that attract the ladies. There are lots of ways he can have a relaxed style without drowning in excess fabric.

[2.] Look for intriguing details. This is actually something that anyone should be aware of when looking for clothes: keep an eye out for pieces that incorporate something you love into their style. For example, does your teen boy play a faithful game of rugby with his friends each Saturday? If so, the cuts and stripes of this sport have made it into the fashion world. The trick when it comes to everyday wear (as opposed to active wear) is to look for details that mimic what you like, not something that literally looks like it just came off the rugby field. The key is in the details.

[3.] Pursue a polo. Polo shirts are no more difficult or uncomfortable to wear than a t-shirt, yet they look instantly more put-together and cool. Since they’re available in a wide variety of colors and patterns, it’s very likely your teen boy will be able to find a version he likes. If you have a slight rebel in your charge who likes to look edgy, have him try layering two polos on top of one another, and then popping the collars. This might make some teachers (and maybe even you) raise a few eyebrows, but it’s part of the hip-hop style that can be popular in certain high schools.

[4.] Don’t swear off a sweater. For some reason, boys sometimes shy away from trendy clothes with long sleeves unless it’s a sweatshirt. It’s too bad, though, because a sweater is a way to immediately look more put together than being swathed in sloppy sweats. Try to convince your teen boy that a sweater is really the same thing as a sweatshirt, only without the hood and kangaroo pouch.

Today there are many options available for the young man who is conscious about trendy clothing. The key (as it is with everyone) is for him to pick pieces he likes that make him feel good. And of course, to make sure that everything is clean and well-fitting. If he can accomplish that, he’s probably a got a good start on many of his classmates.

Why Should You Prefer Buying Articulated Loader

How thermal wear gives complete protection from the cold?

What Are The Main Reasons To Buy Thermal Wears?

How to get ready for prom

Wear a trendy dress to look stylish in a prom day